Dating back to around 1140 AD, the famous Castle Rising with its extensive earthworks, is one of the best surviving castles of its kind in the country.

If you’re looking for places of historic interest near the hotel, then there’s few more significant than Castle Rising.

Dating back to around 1140 AD, the famous Castle Rising with its extensive earthworks, is one of the best surviving castles of its kind in the country.

Castle Rising Castle has had a variety of uses throughout history, but its most important era was when it became the residence to Queen Isabella, mother of Edward III and alleged murderer of Edward II. The castle then passed to the Howard family in 1544, whose descendants still own it today.

Admire the elaborately decorated stonework outside, before entering to explore the Great Hall and Queen Isabella’s apartments.

The castle is surrounded by 12-13 acres of mighty earthworks, which even today still reach heights of 18 metres. Within the inner bailey, you’ll find the remains of an early Norman church. Dating from around the 11th century, this fascinating relic pre-dates even the castle itself.

Entry to Castle Rising costs £4.50 for an adult and £3.00 for a child. Under 5s and English Heritage members are free. Concessions and group tickets are available. 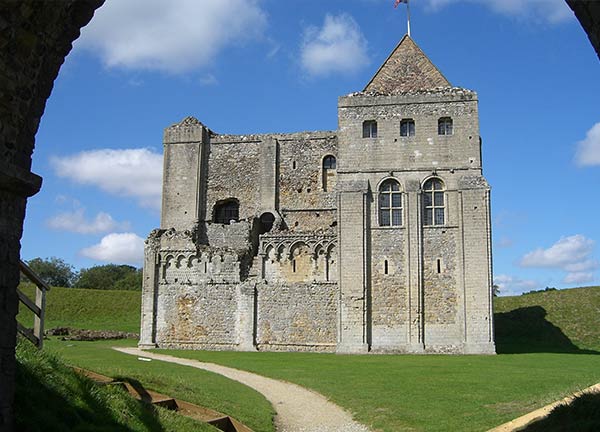 How to get to Castle Rising

Castle Rising is around 10 minutes from the hotel.

Getting to Castle Rising from Congham Hall Hotel by car: