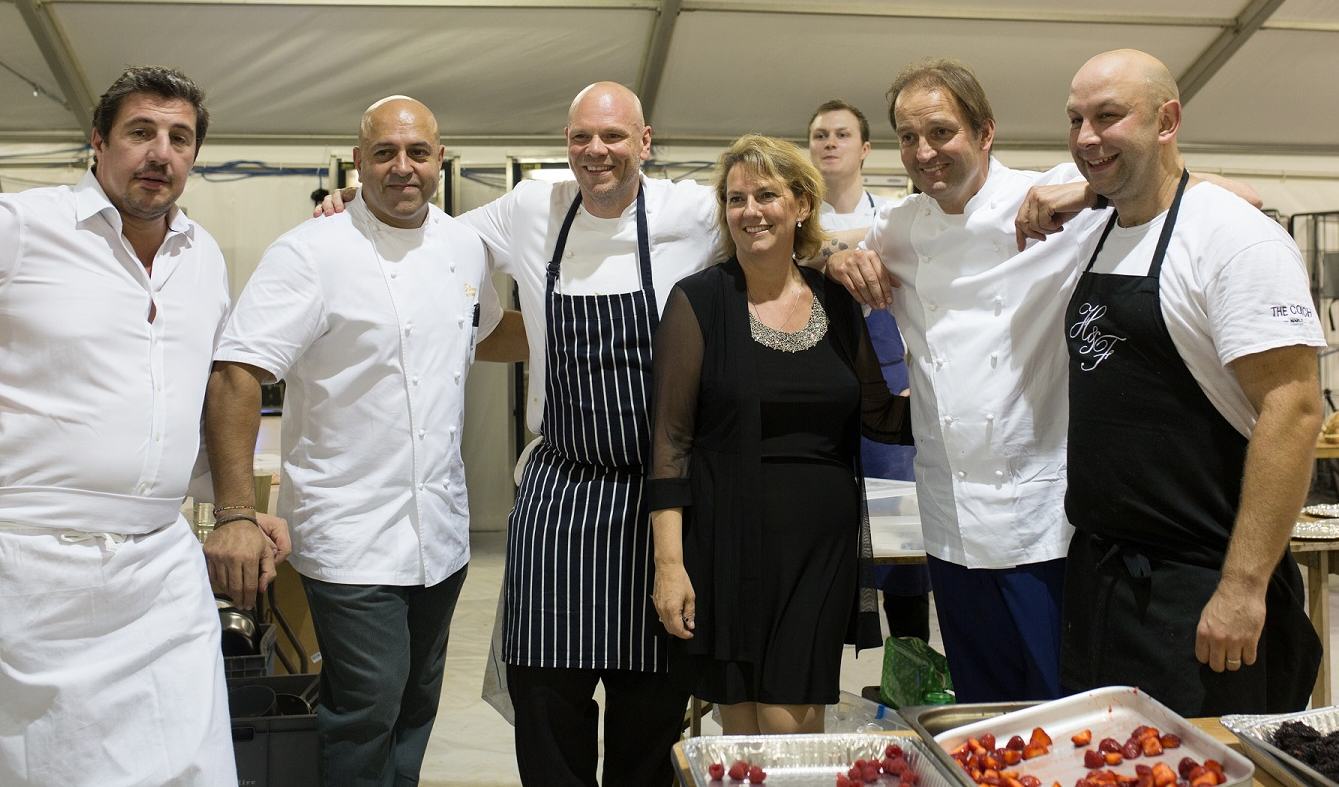 Congham Hall welcomed a stellar cast of Michelin-starred chefs last week, who were visiting the county for a special event with a Royal seal of approval.

The special event, entitled A Taste of Norfolk, was hosted by the Marquess and Marchioness of Chomondeley at their Norfolk Estate, Houghton Hall in aid of EACH. HRH The Duchess of Cambridge, who is patron of the local charity, attended the dinner with HRH The Duke of Cambridge.

The 80 guests, some of who had travelled from around the world were treated to a five course menu with courses created and cooked by five world renowned Michelin Star chefs, some of which stayed at Congham Hall after the event.

Nicholas Dickinson, the owner of Congham Hall said “we were delighted to be able to help in a small way by accommodating such a mass of talented chefs for this worthy cause.”

The Nook Appeal hopes to raise £10 million to transform children’s palliative care across Norfolk, including building a new hospice called The Nook.

Donations are being made to EACH